The original stadium of the Athletic Club Bilbao was built in 1913. Known as the "football cathedral", it had a capacity of 40,000 people.

The creation of the new stadium, with a capacity of 53,300 spectators, was conducted in compliance with two challenging requirements: to be built at the same location of the old stadium downtown Bilbao and to allow the stadium to be open and functioning during the Spanish Football League season. The new stadium was built from 2011 to 2014.

The deck was built using mainly white thermoplastic polymer (ETFE) cushions covering the spectator area, which controls the passage of light and the rapid evacuation of rainwater. Then, about 9,600 m² of fully-adhered white Elevate UltraPly™ TPO membrane was used to waterproof the outer perimeter ring of the stadium’s deck.

The Athletic Club stadium was designed under the LEED energy certification criteria. 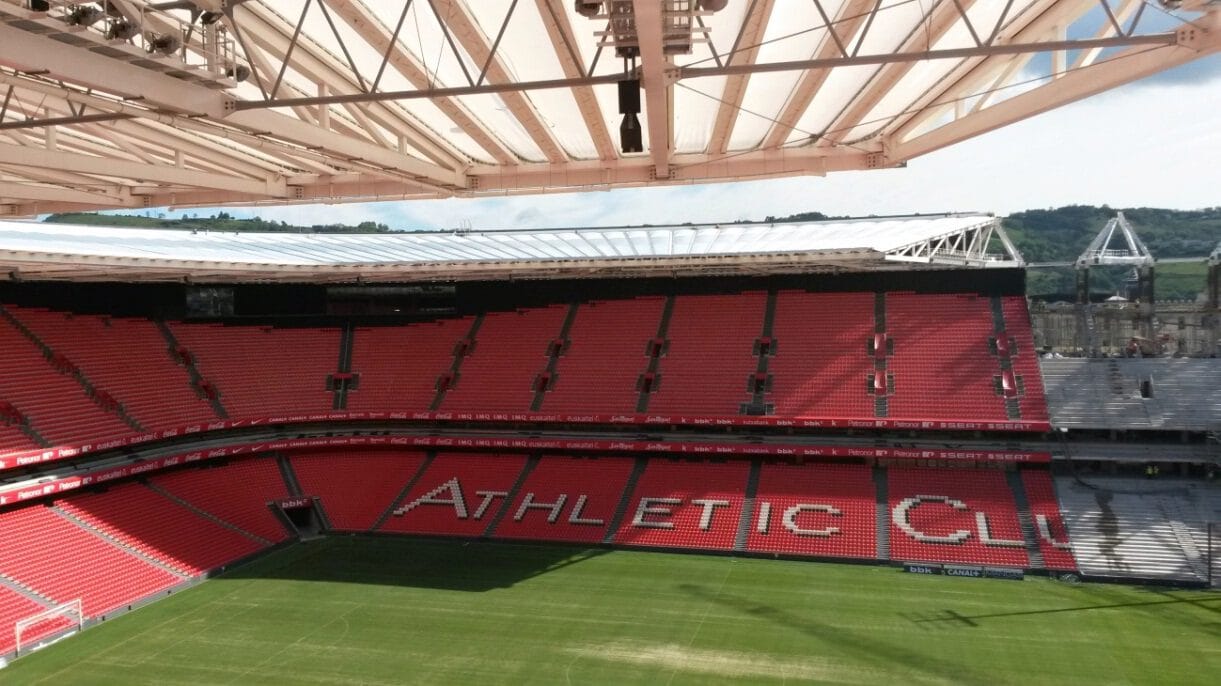