With the beginning of industrialization in the 19th century, the textile industry in Augsburg (Germany) developed enormously. The spinning mill in Augsburg’s Kammgarn district was built in 1836, with its production halls covered by a vaulted, concrete roof.  During WWII, most of the site was destroyed and then rebuilt. In 2004, the mill closed its doors for good an became a listed building.

Between 2016 and 2017, the site of the old spinning mill was thoroughly renovated and extended, converted into retail and office space under the name Quatersite Kammgarnquartier Augsburg.

At the heart of the project was the renovation of the mill’s former production hall, comprised of 13 vaulted roofs. The plan was to build a REWE supermarket store under 5 of the vaulted roofs, with the remaining 8 to serve as parking space. The hall was complemented by a new low-rise building housing an ALDI store and an exposed building housing offices and a restaurant.

For the roofing company involved in this project, Spenglerei Roth GmbH, it was very important to work with a solution that would allow to reduce the number of seams to a minimum. After extensive consultation, he decided to work with Holcim Building Envelope’ RubberGard EPDM roofing system.

A total of approximately 16,000 m² of RubberGard EPDM 1.5 mm thick roofing membrane were used in the project. On the former production hall, the membrane was fully adhered onto the 20 cm thick concrete vaulted roof deck, in accordance with the listed building standards.

Just one panel of RubberGard EPDM membrane with a width of 12 meters was used to waterproof the new flat roof of the ALDI store, which was then ballasted with gravel. The roof of the exposed building was also covered with gravel and the 64 balcony doors were safely and permanently sealed using Elevate’s QuickSeam products. 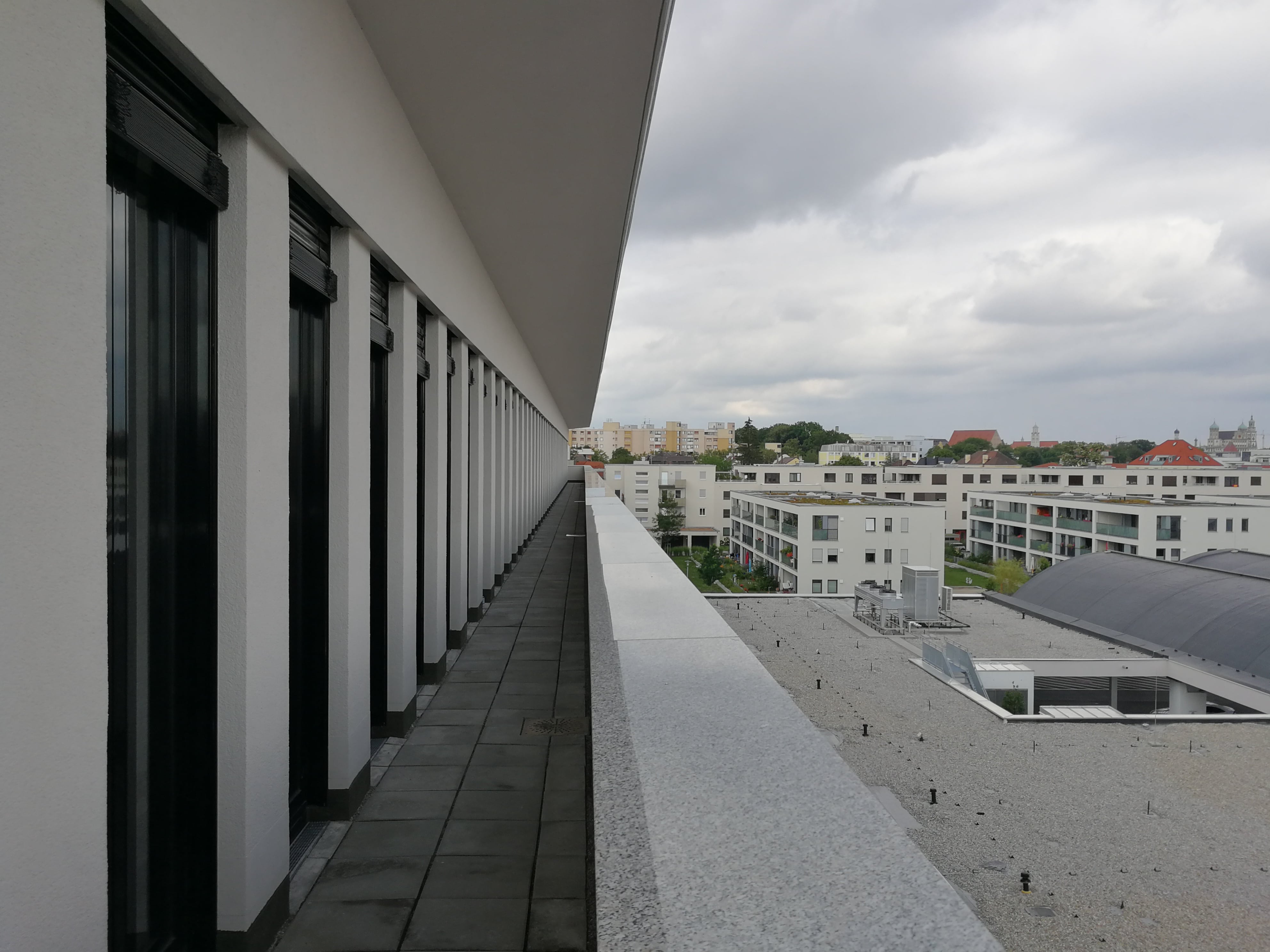