Globus is a well-known German retail chain of hypermarkets, DIY and electronics stores. The new Globus hypermarket in Halle, some 45 km from Leipzig, opened in March 2020. Built in just eleven months, it has a sales floor of 9,860 m², a self-service restaurant with 250 seats and a huge parking lot that can accommodate 900 cars and 100 bicycles.

The 20,000 m² roof of the new Globus hypermarket was designed to be as functional as possible. It inundates the sales floor with natural light, generates electricity through photovoltaic modules and ensures a good microclimate with an extensive green roof. There is also a roof garden on part of the roof, where employees can relax during their breaks.

The resistance of the roof waterproofing to UV radiation and ozone is becoming increasingly important in Europe, which is why Globus chose Holcim Building Envelope’ UltraPly TPO roofing membrane for their new hypermarket in Halle.

UltraPly TPO is based on a special thermoplastic polyolefin polymer, which consists of equal parts polypropylene and ethylene-propylene rubber for optimum performance. It is given additional dimensional stability and physical strength by a polyester weft-inserted scrim reinforcement in the core of the roofing membrane. It contains no plasticizers, no chlorine or heavy metals and achieves its optimal behavior in the event of fire with non-halogenated flame retardants.

Roofing contractor Enrico Thurm and his team installed approximately 12,000 m² of UltraPly TPO on this project. Around 2,000 m² were used for flashing the large parapets on the perimeter of the roof, which were in some parts up to two meters high. In addition, a large number of concrete columns ends had to be flashed in on the roof side of the parapets. An elaborate job that was carried out with great care by Thum's team. Just like the creation of a series of “islands” of tapered insulation to ensure that the water could find its way easily to the roof drains and avoid ponding water.

Covering such a large roof area, as well as many details, was a challenge for the construction site logistics. The roofing contractor decided to use membrane rolls that where 1.5 m wide x 30.48 m long throughout. Thanks to the rolls compact size, it was easy to handle the details. At the same time, UltraPly TPO’s large welding window allowed to cover a large surface every day, even in changeable weather conditions. In this way, all roof work by Enrico Thurm and his team could be carried out cleanly and efficiently within the tight deadlines of the project. 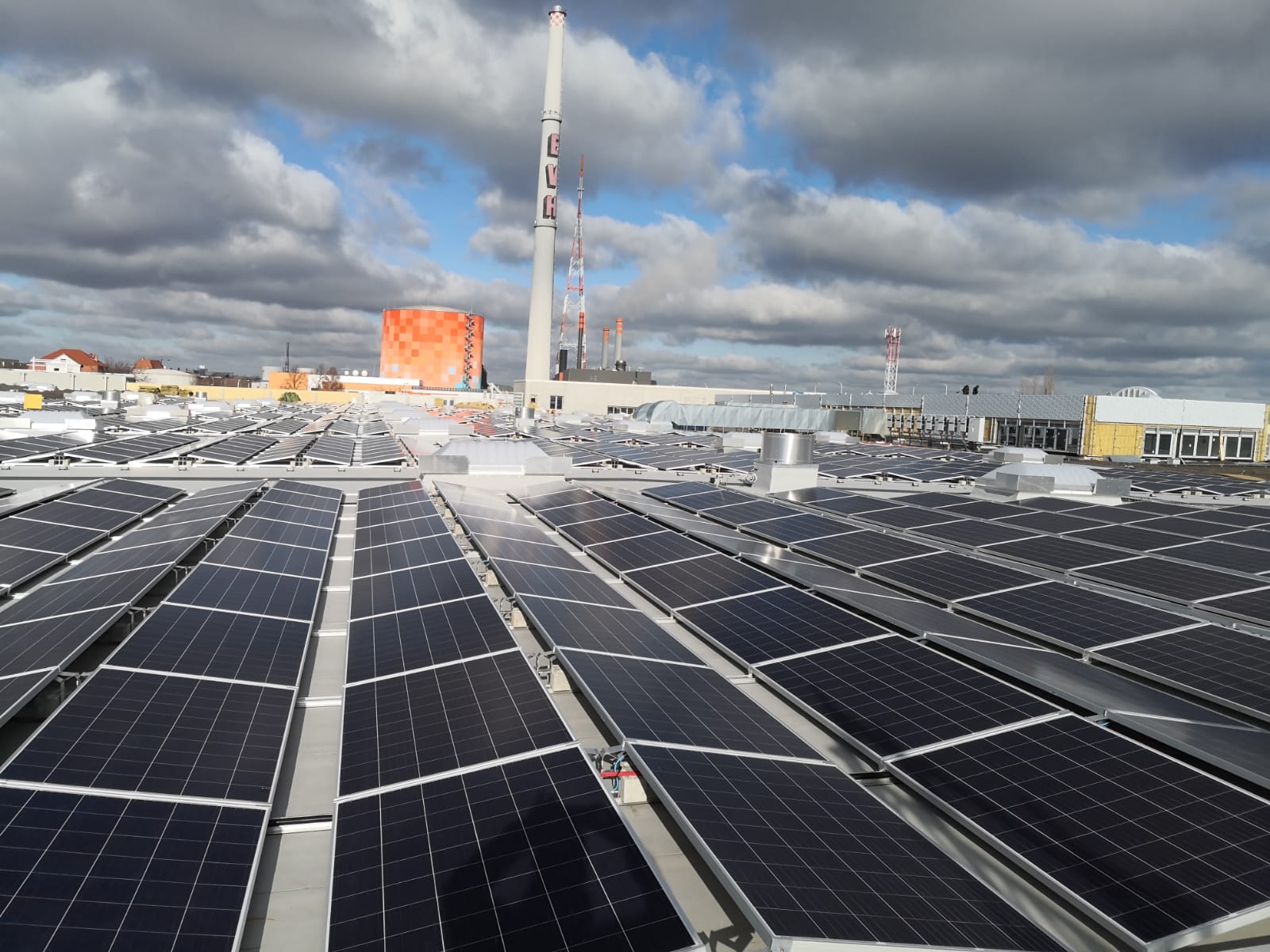 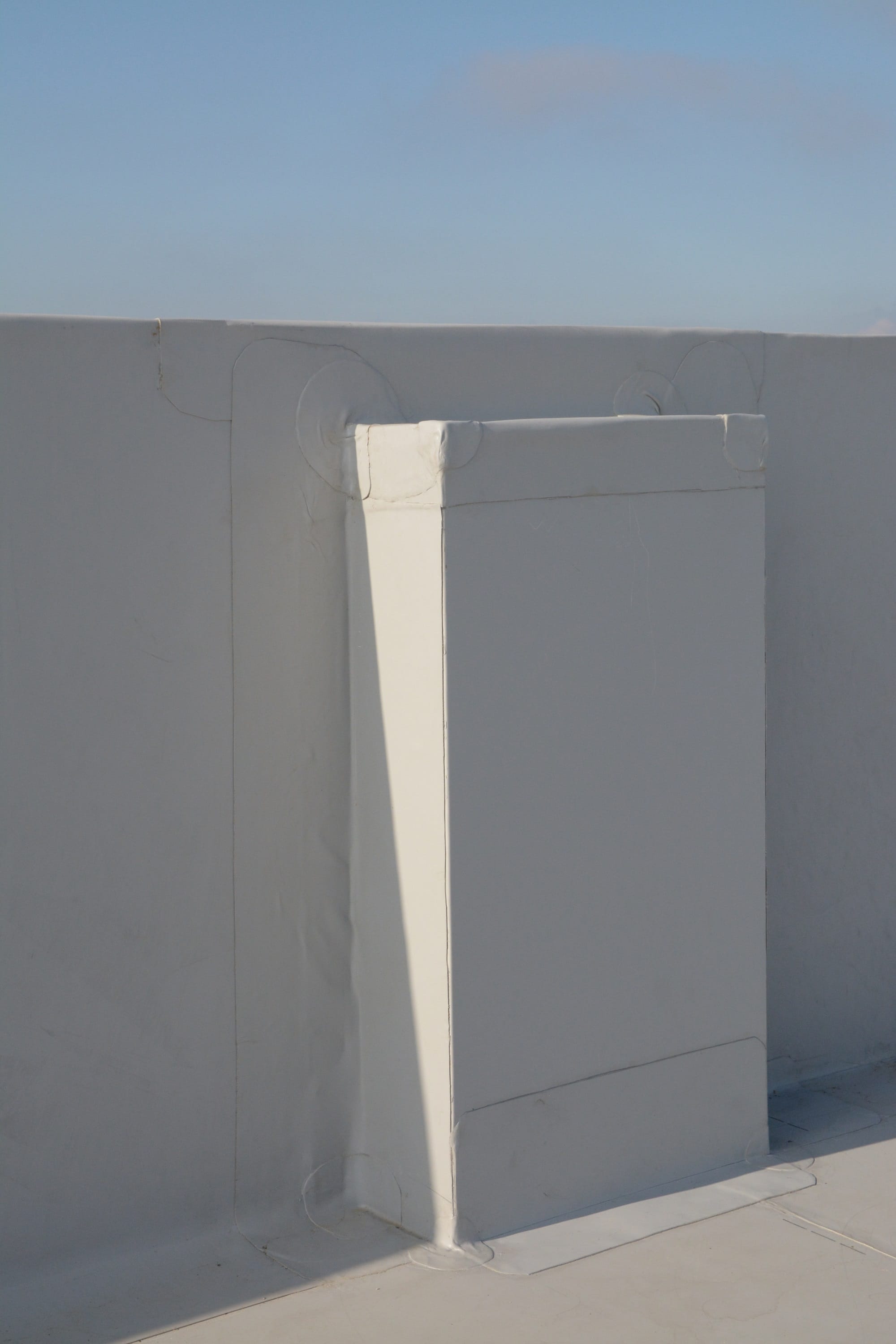 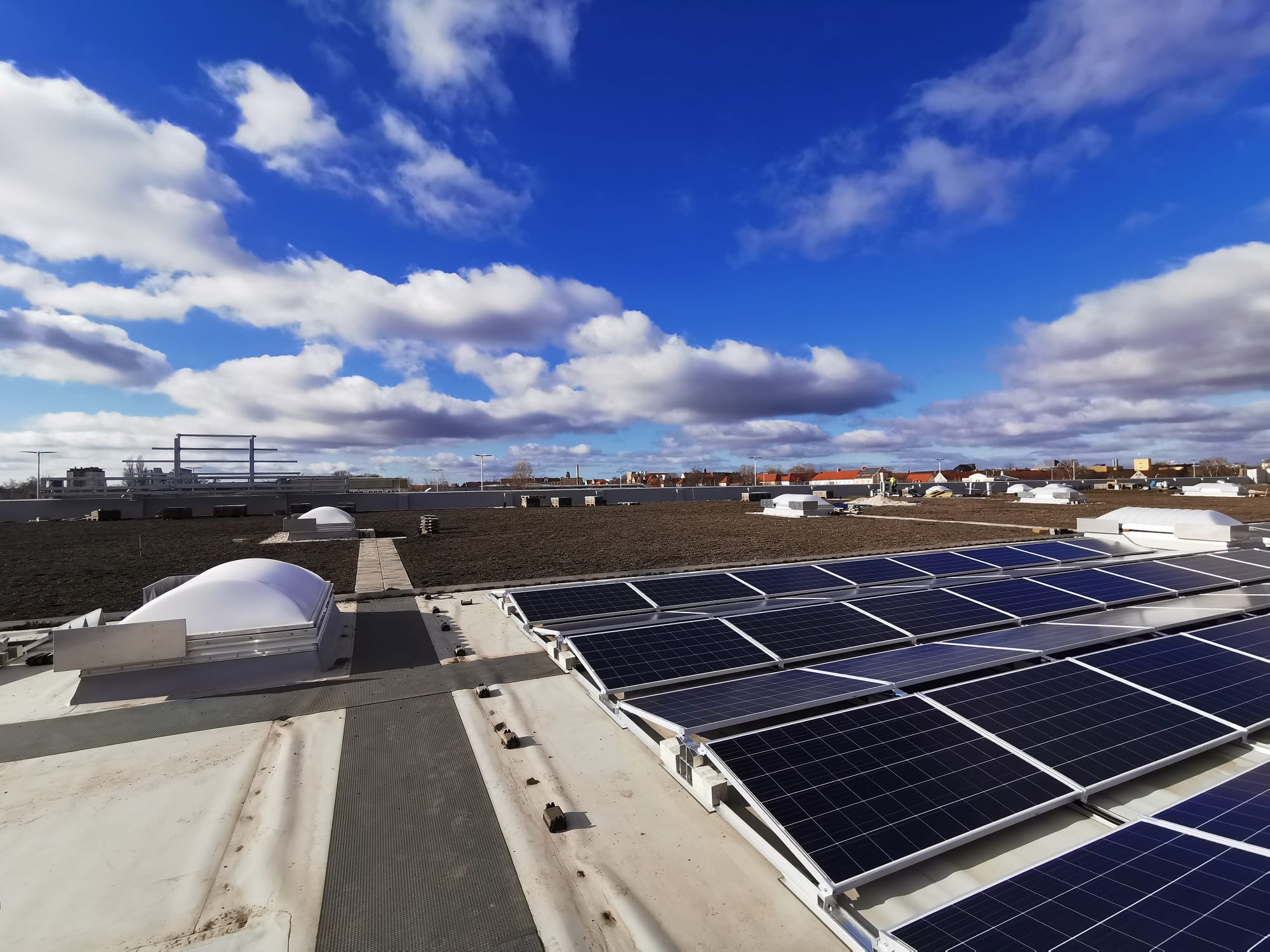